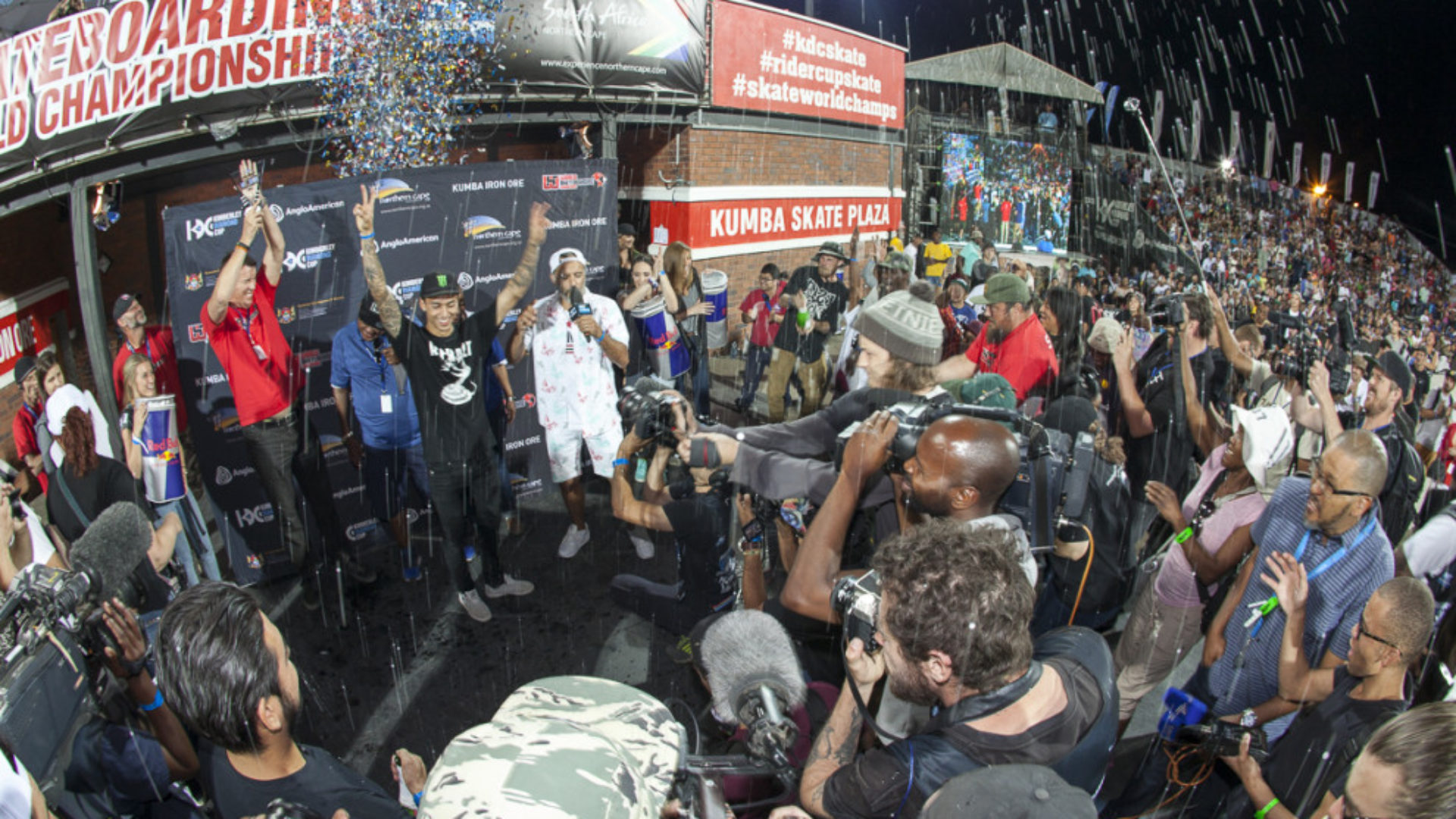 Kimberley Diamond Cup will be the name of the new mega international skateboarding event to be staged in the city from 27-29 September 2013, Mr John Block, MEC for Finance, Economic Development and Tourism in the Northern Cape announced today.

“This exciting new brand of international competitive skateboarding is a uniquely Northern Cape brand that will also have a presence in the Western Cape, KwaZulu-Natal and Gauteng as the province strives to enhance its reputation as an ideal destination for extreme sports and adventure events,” he said. Block added that the skate fans can expect 150 top pro and local skateboarders to participate in the Kimberley Diamond Cup street, vert and mini-mega formats this year.

Mr Patrick Seboko, head of the Department of Economic Development and Tourism, revealed that United States-based company World Skateboarding Grand Prix won the tender for staging the Kimberley Diamond Cup and presenting an action-packed 12-month long support programme. This will include three “high octane” street and team Grand Slam skate competitions to be staged in Cape Town, Durban and Johannesburg each offering a total prize purse of R50 000-00, said Seboko.

Seboko mentioned that World Skateboarding Grand Prix will join hands with South African project management company Pragmatics and international skate event experts to deliver the Kimberley Diamond Cup, Grand Slams and a year-long, fun-filled line-up of skate competitions and other events to take place at the skate plaza in Kimberley.

A revitalised Skateboarding for Hope campaign aimed at promoting skateboarding as a positive and easily accessible lifestyle alternative will also see events staged at the newly-built mini-skate parks in Kuruman, De Aar, Upington and Springbok and ten other towns in South Africa, said Block. He added that the Skateboarding for Hope campaign will now incorporate a skater mentorship programme designed to enhance local talent, which is a further sign of the provincial government’s commitment to the youth.

Block stated the Northern Cape Province and Kimberley proved their capability of successfully hosting world-class events. “We have signed up a renowned skateboarding management team and market leaders in competitive skateboarding, all who have been responsible for many of the innovations in world-class skateboarding contests over the last six years,” he said.

The provincial government is confident that owning its own brand of competitive skateboarding will open a number of lucrative opportunities to further stimulate local economic development and the tourism industry in the province, confirmed Block.

The Boss Andrew Reynolds catches one of his Classic Frontside Flips down the Big 4.